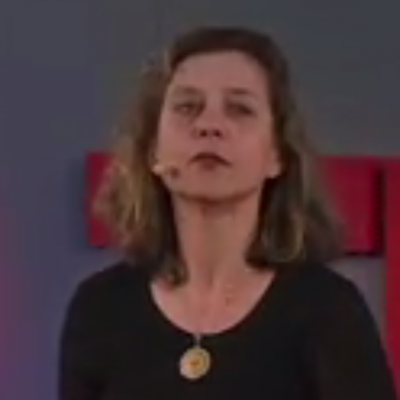 In addition to being clarifying and affirming, resistance work also hurts sometimes. Facing where the United States is politically right now puts you in touch with the violence being done to people of color, immigrants, Muslims, people with disabilities and women. We haven’t even begun to turn the tide yet, meaning we deal with fighting from behind every day.

Resilience is survival for those of us who can’t shrug off corruption, the abuses of vulnerable populations or our responsibility to keep defending democracy.Yvette Thijm is the Executive Director of Witness.org and a pioneer of strategies for addressing the depression and PTSD that affects human rights defenders around the world. This week’s episode looks at the stories we tell ourselves that can either set us up to collapse when the stresses peak, or give us a steady grounding to keep persisting.

END_OF_DOCUMENT_TOKEN_TO_BE_REPLACED

The disruption of our political system since 2016 was partly due to the emergence of big data technologies, such as Facebook, YouTube and Twitter. The extraordinary amount of information big companies and many governments have about our lives from our phones, our online searches and the integration of massive data sets, is a “tool of social control”, and even an “existential threat,” according to Zeynep Tufekci, author of Twitter and Teargas, The Power and Fragility of Networked Protest.

Episode 20: Data Politics, brings you Zeynep Tufekci’s talk from RightsCon on the types of regulation that will help people benefit from these new technologies without giving up the privacy and autonomy they currently threaten around the world. In the context of the European Union’s new data privacy law, Zeynep Tufekci argues for approaching data as a public good, rather than a private asset.

END_OF_DOCUMENT_TOKEN_TO_BE_REPLACED 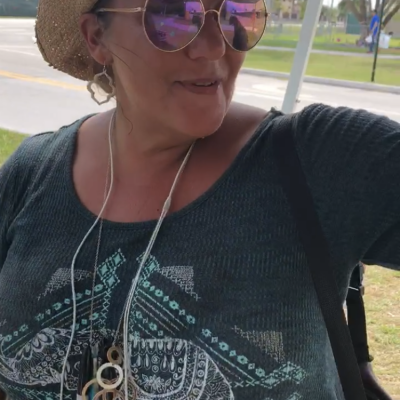 The US government continues to separate children who cross the border from their families and warehouse them at secretive child detention centers run by private, for-profit companies. Miami area resisters are holding a daily witness at the biggest such facility in the United States, in Homestead, Florida. Andrea Hildebran Smith interviews Kathy Hersh of the Miami Quaker Meeting, and Charlie, one of the people witnessing at the camp on a daily basis.

Abortion Nexus – After The Ban

With the court stacked with right-wing justices ready to overturn Roe v. Wade, advocates and abortion providers look to technological and medical advances as the path forward for women needing abortions. Amy Weintraub of Progress Florida talks with us about the safe abortion medication that women can self-manage if abortion care providers are made illegal. We discuss which groups are picking up the work connecting people with new avenues for care and which are preparing for the deluge of criminal charges against women for their abortions and miscarriages.

END_OF_DOCUMENT_TOKEN_TO_BE_REPLACED

If the abortion bans in 8 states have you freaking out, tune in to our four-part series, The Abortion Nexus. In the first episode in this series, Ashleigh McGuire of Planned Parenthood describes how their activists from Pensacola to Key West defeated this ban in Florida this year. As the pressure builds already toward 2020, the work starts now to hold the line against abortion bans here and across the country.

END_OF_DOCUMENT_TOKEN_TO_BE_REPLACED

Ready or Not – The Abortion Bans

Across the country, hundreds of communities are protesting the recent passage of new abortion bans that strip women of the most fundamental decision-making power over their own lives.  The decision whether to have a child or not, is at the crux of our control...

END_OF_DOCUMENT_TOKEN_TO_BE_REPLACED

How to Hack an Election

Did you know most America’s voting machines either have a) easy ways to get hacked, b) were built by hard-right Republican donors, c) provide zero mechanism for auditing an election result that’s in question, or d) are so faulty that they’re a major cause of long lines and lost votes on election day? At a time when we chose our leaders by razor-thin margins, advocates are raising the alarm about election equipment. Election security researcher and advocate Jennifer Cohn speaks with ResistanceMom about why experts are increasingly advocating hand-marked, hand-counted paper ballots.

END_OF_DOCUMENT_TOKEN_TO_BE_REPLACED

I’ve advocated a lot on this show, on twitter and as an organizer here in St Petersburg, Florida for the necessity of peaceful protest on a large scale right now.  I do believe we need to use our bodies and our voices to condemn the crimes being committed by this...

The ResistanceMom podcast is the story of Americans defending and rebuilding democracy today, for our own sakes and for our kids’. It is a story that ultimately will eclipse the perfect storm of Russians, billionaires and racists that lifted a mobster and traitor into the White House in 2016.

Millions of us have now become activists: marching, knocking on doors, running for office, and teaching our kids to never look away from the atrocities of racism and white supremacy. Each of us are finding our own path to stand in defense of our communities, our democratic system, and the values to which we aspire.

A Call to Action

Host Andrea Hildebran Smith talks with leaders from every aspect of the resistance about how to make an impact that will last, the fight to end gun violence, movements for sustainable economies, defending America’s immigrants, and confronting white supremacy. The show does a deep dive into new frameworks for protecting speech and civil rights online. We also have a particular focus on our responsibilities to the next generation: engaging youth activists, and figuring out how to at once protect and prepare kids for the challenges built into the world they will inherit.

Andrea Hildebran Smith is a writer and activist who has worked in progressive advocacy and community radio for more than 30 years. She has worked on ballot measure and candidate campaigns, been a lobbyist and fundraiser fighting anti-gay ballot measures in red states and rural communities. She was the executive director of Kentucky Fairness Alliance, the public education director at GLAD in Boston, and founded an award-winning community garden in St Petersburg, FL, where she lives with her wife and son.

A Call to Action

Let the world know you are a part of the Resistance with Resistance Mom t-shirts, totes, stickers and more! Click the link below to jump to our online store and help support the show with cool apparel that helps promote the resistance to a wider public.